Côte d'Ivoire has the fastest growing economy in Africa. With a 9% economic growth rate the country is achieving a diversified economy and has been named the top destination for investment in West Africa. The country has achieved monetary stability largely due to its membership in the West African Economic and Monetary Union and the CFA franc zone, additionally the country has received praise from World Bank and IMF. Côte d'Ivoire introduced a revised Mining Code 2014 which is supportive of the mining industry. The country’s political and economic stability serve as a catalyst for exploration and mining investment. Côte d'Ivoire is the first African country to launch the COVAX vaccination drive.

Much of the country is underlain by the Paleoproterozoic Birimian Greenstone Belt of the West Africa Craton. The Birimian is one of the world’s most prospective but underdeveloped regions in the world. In Côte d'Ivoire these units host a number of gold deposits and prospects, however, much of the country remains relatively underexplored. Goldrange has signed a LOI for two projects, Konela in the northwest corner near the Mali border, and Ferke in the north central region of the country. 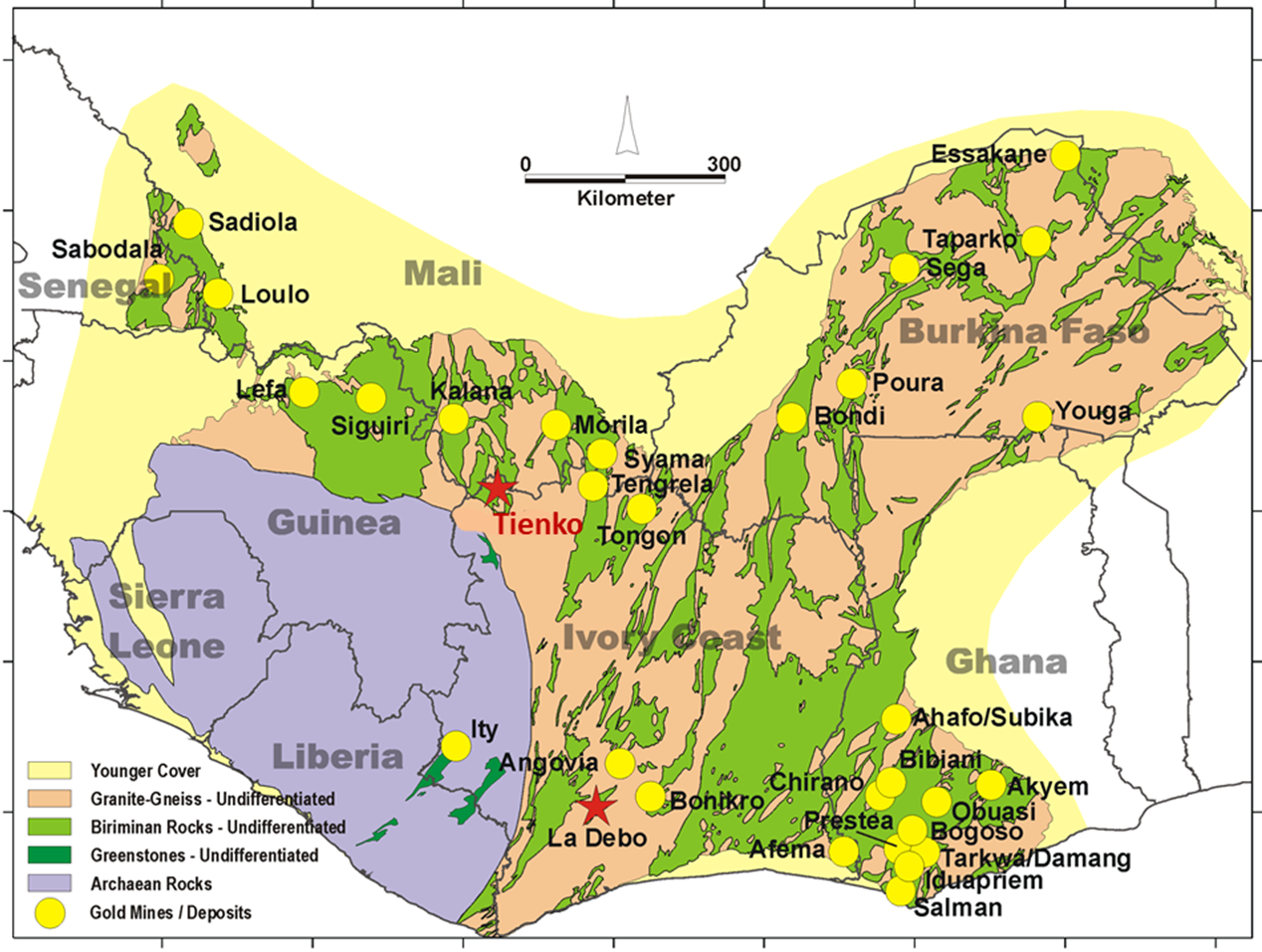